WE DID IT!!! We had our very first West Coast PopUp + Giveback!

But, this didn't just "happen" without difficulties. Originally, we had planned to have our popup and giveback in downtown Oakland! We spoke with the owner of a popular boutique (we won't name names) and were granted access to his space for a reasonable fee.

Once we got the approval, we began planning for OAKLAND. Which means we purchased OAKLAND shirts and paid for an OAKLAND AirBNB for 6 people! As the date got closer, the owner stopped responding to our texts and DMs. We had already invested a lot of money in the flights, shirts and AirBNB.

Now, we have to do damage control!!!

While the founder was in Nashville, she spoke with Clint from Slim + Husky's about the situation and he requested that we bring it to Sacramento, 2 hours from the original location. She quickly accepted the offer and we had to figure out how to change everything with very limited time.

The AirBNB kept half of the money, we couldn't afford to change our flights, and we had JUST enough time to change the artwork on the shirts! No matter what obstacle was thrown our way, we persevered!

And BOOM! The day had come, we all flew together (Bex, Karina Chanelle, Lav and Kandi). We flew into San Fancisco then drove to Sacramento to check in our new AirBNB. (Slim + Husky's) reimbursed us the money we lost on the previous reservation. 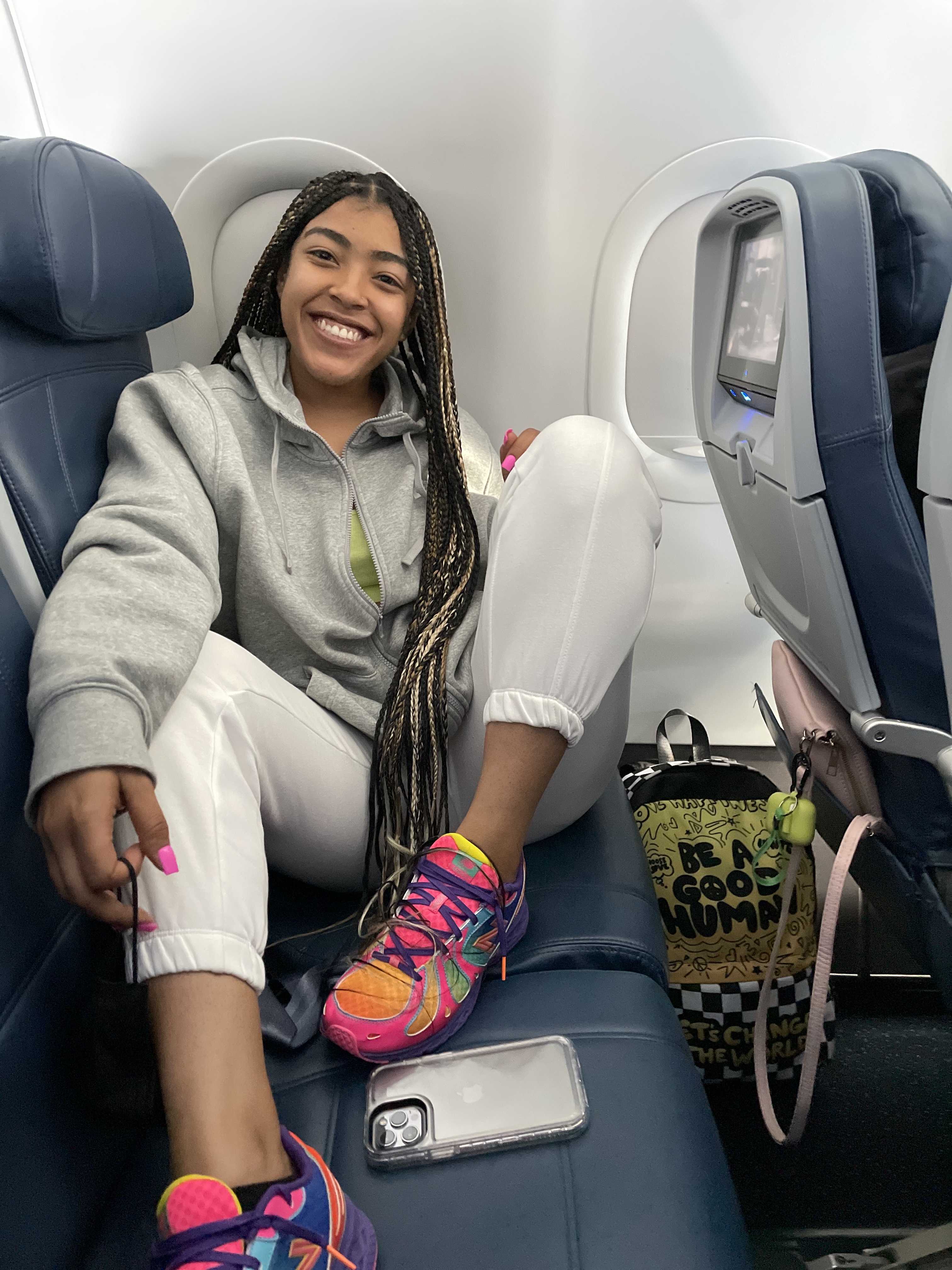 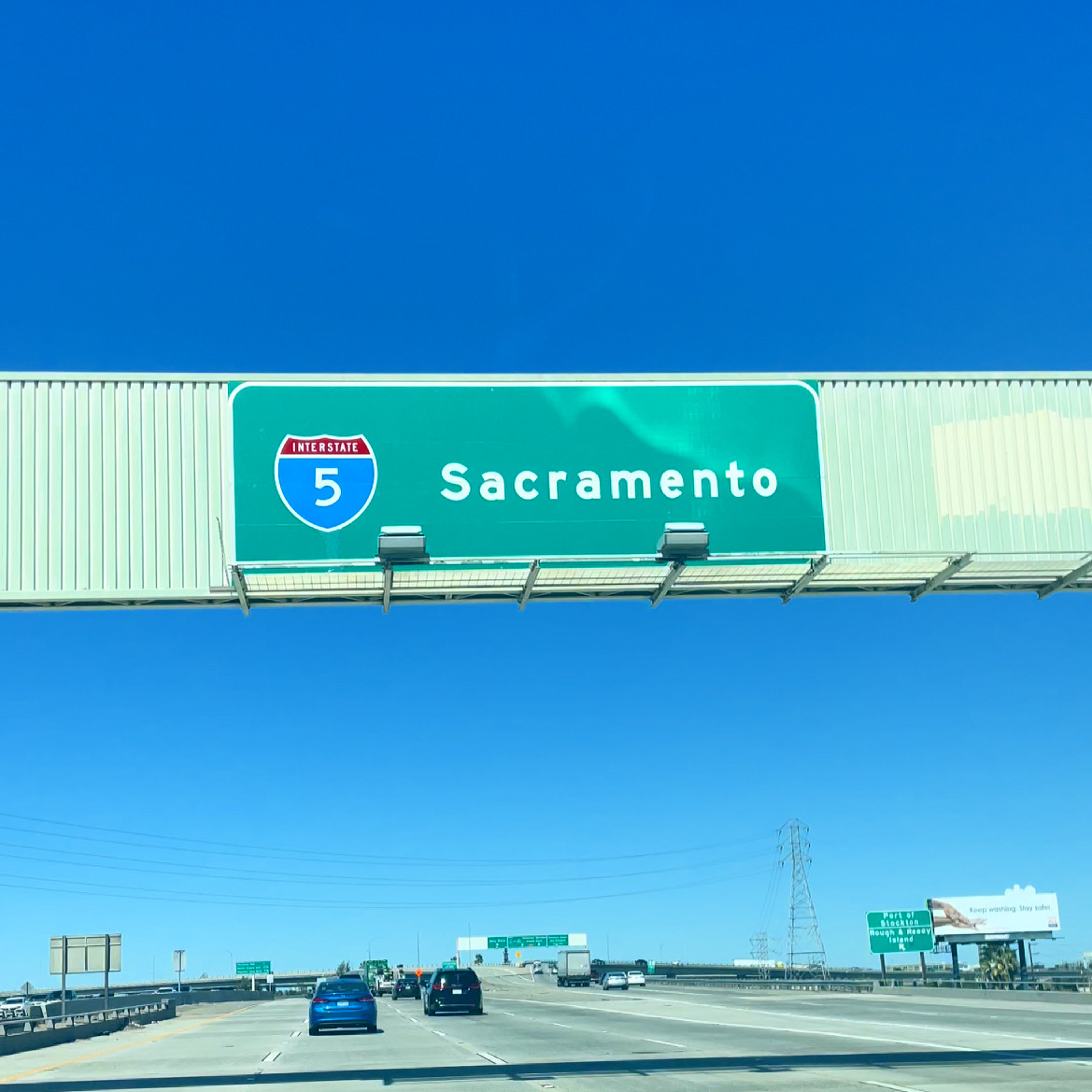 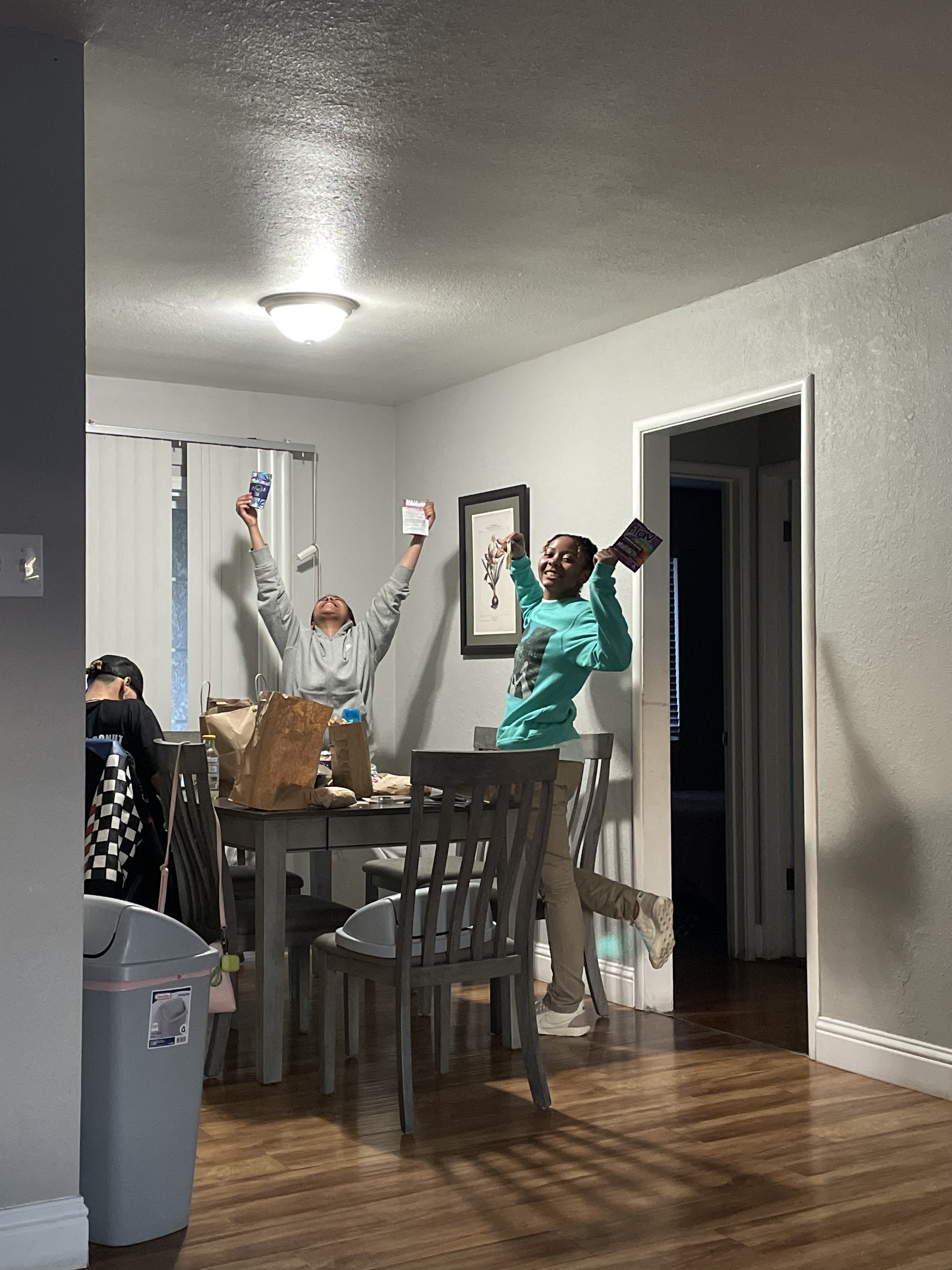 MARCH 27 was here!!!! We started our day with some AMAZING Brunch at The Vegan Cafe in downtown Sacramento, visited the local "Cookies" store for some goodies then off to set up at Slim + Husky's!!! 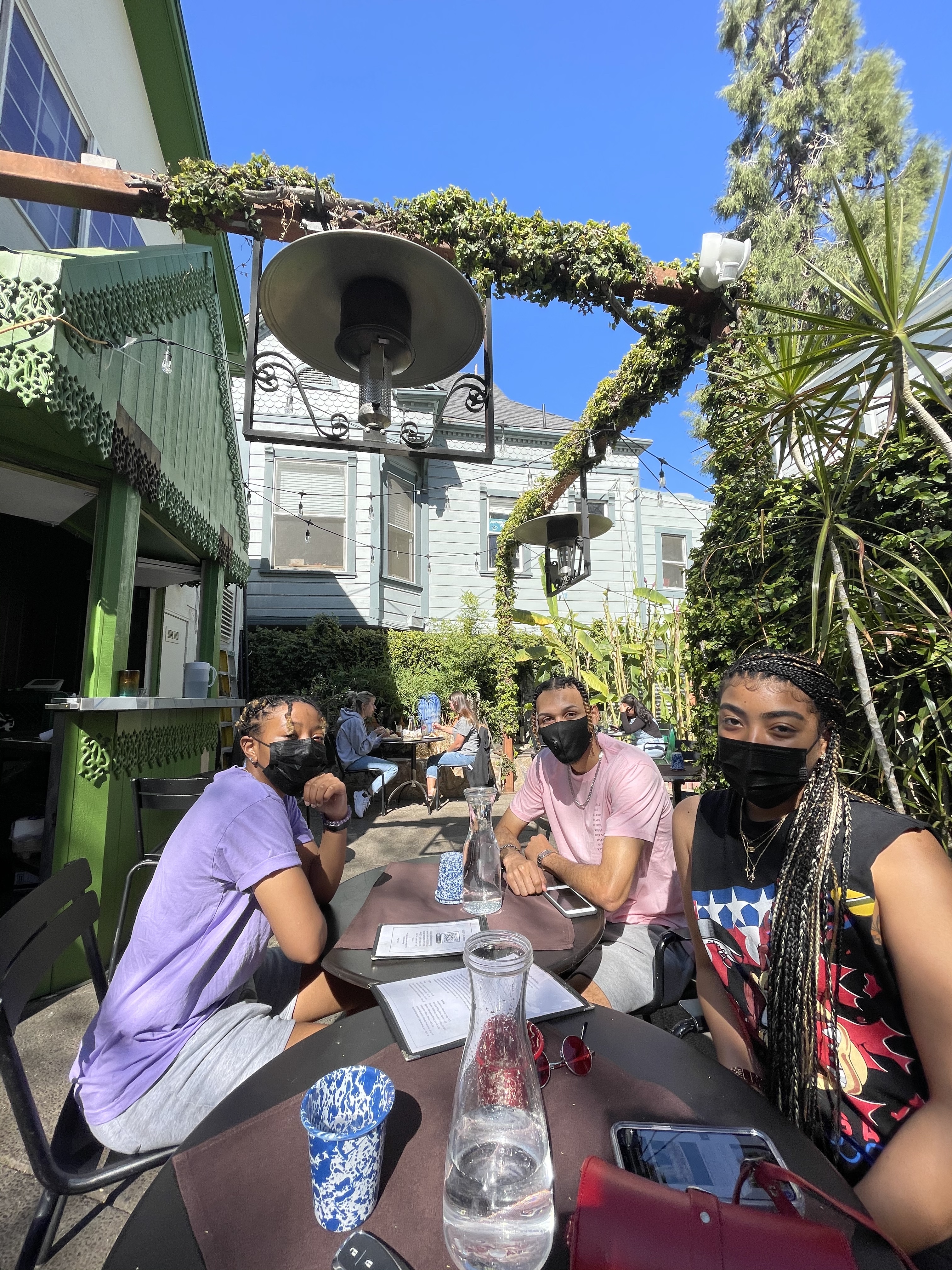 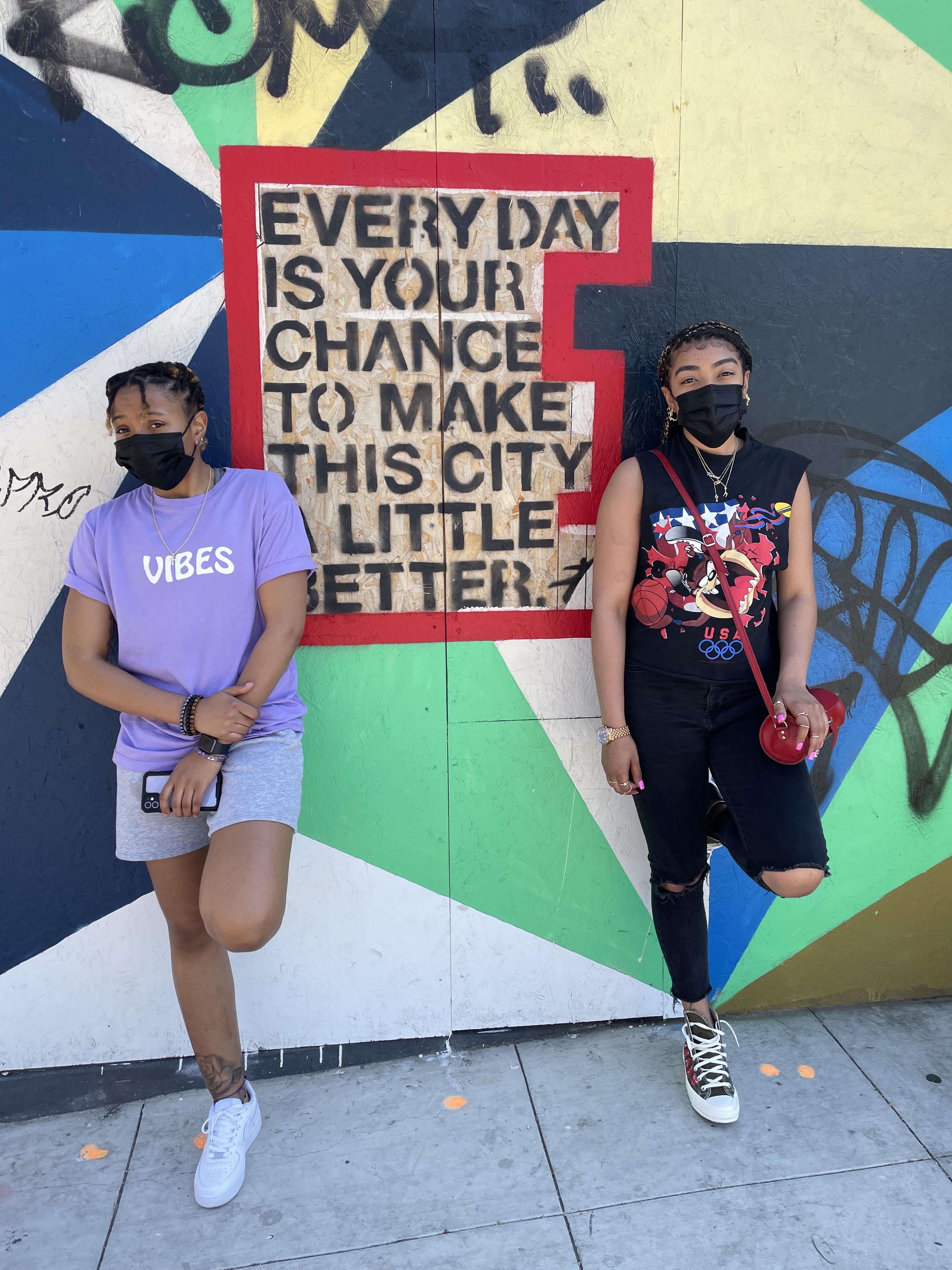 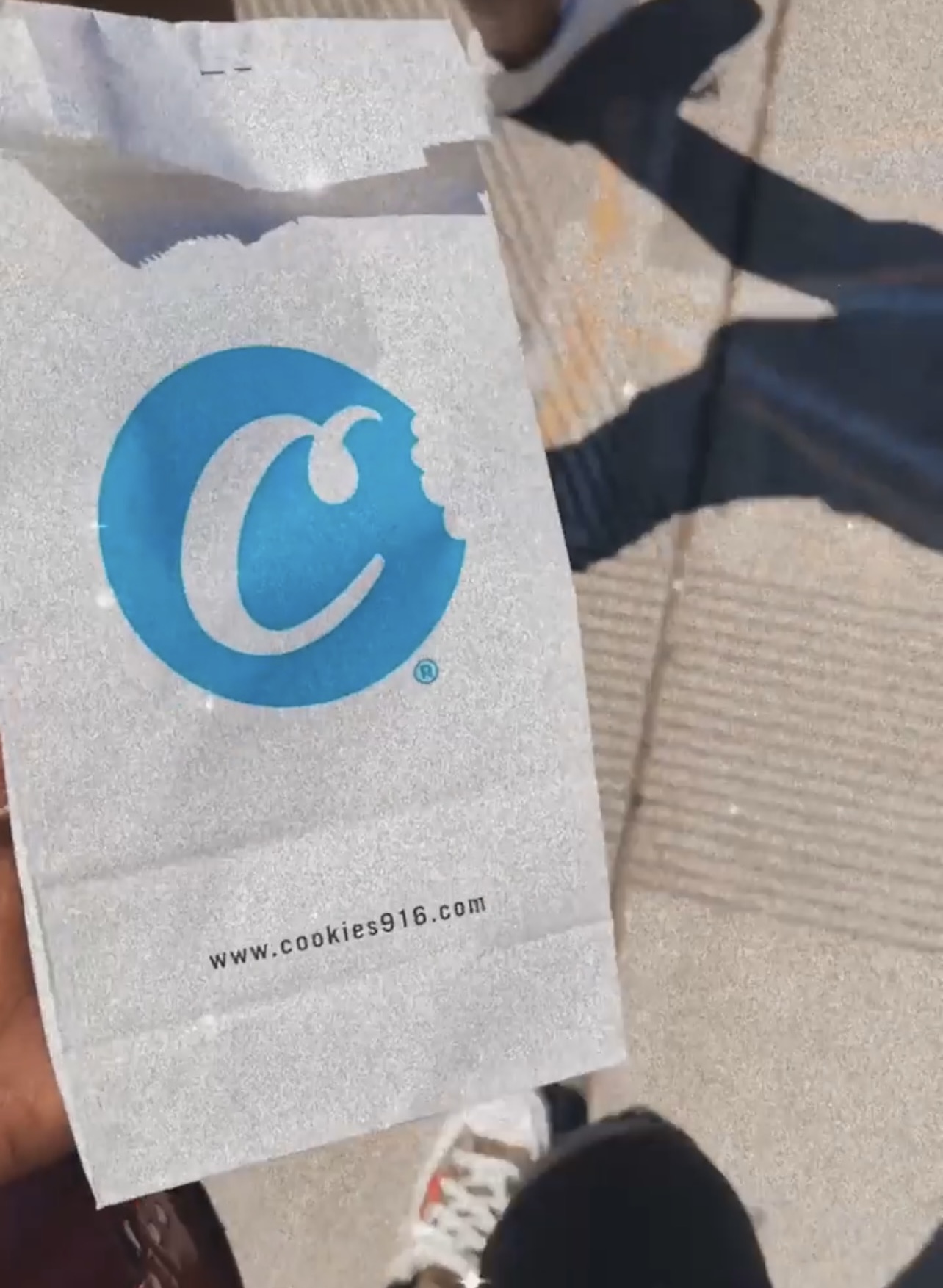 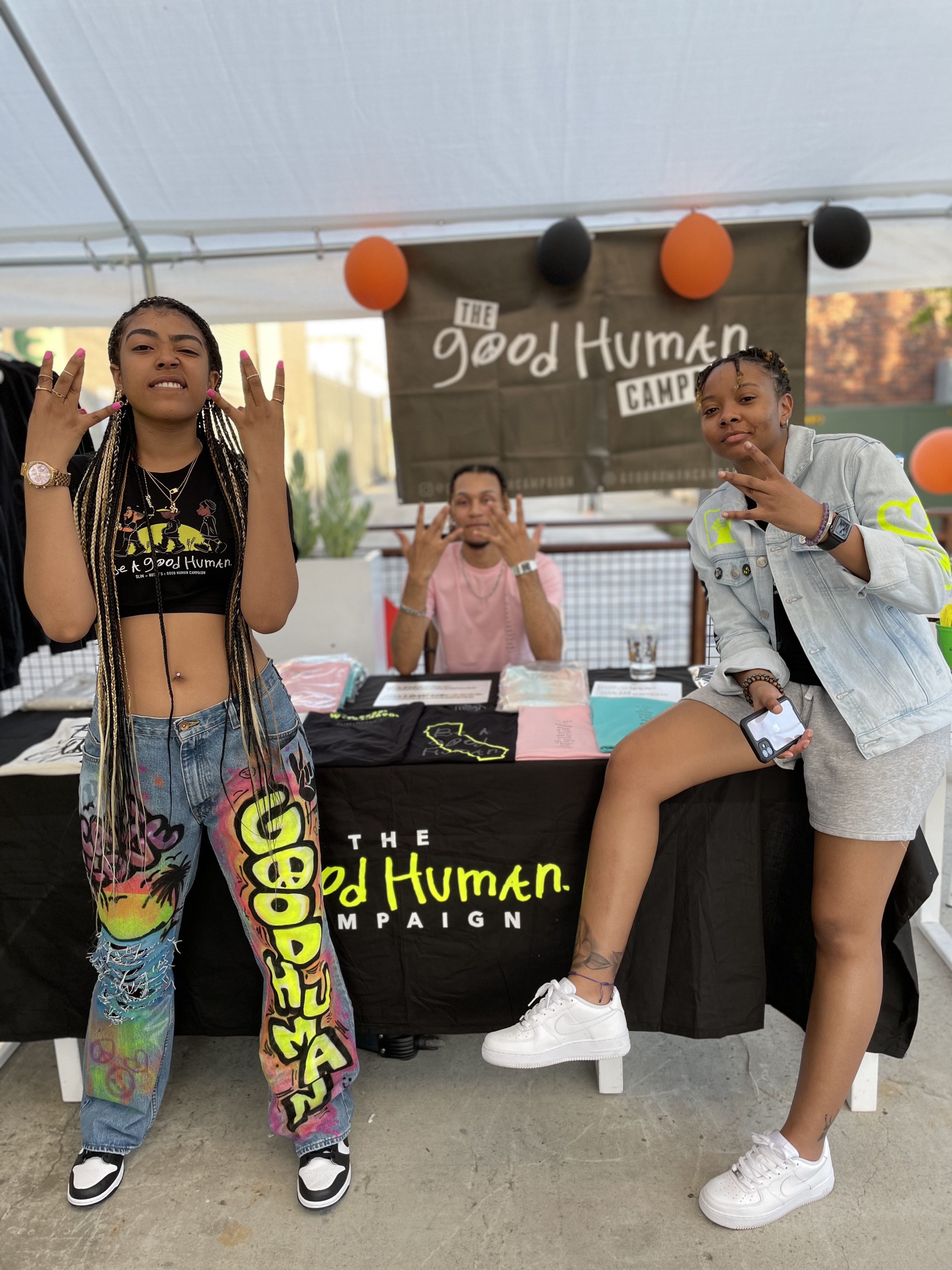 We had everything we needed, plus some delicious pizza and cinnamon rolls! What more could we ask for! The weather was perfect and we met a lot of beautiful humans! Our very first customer was a S+H employee!! 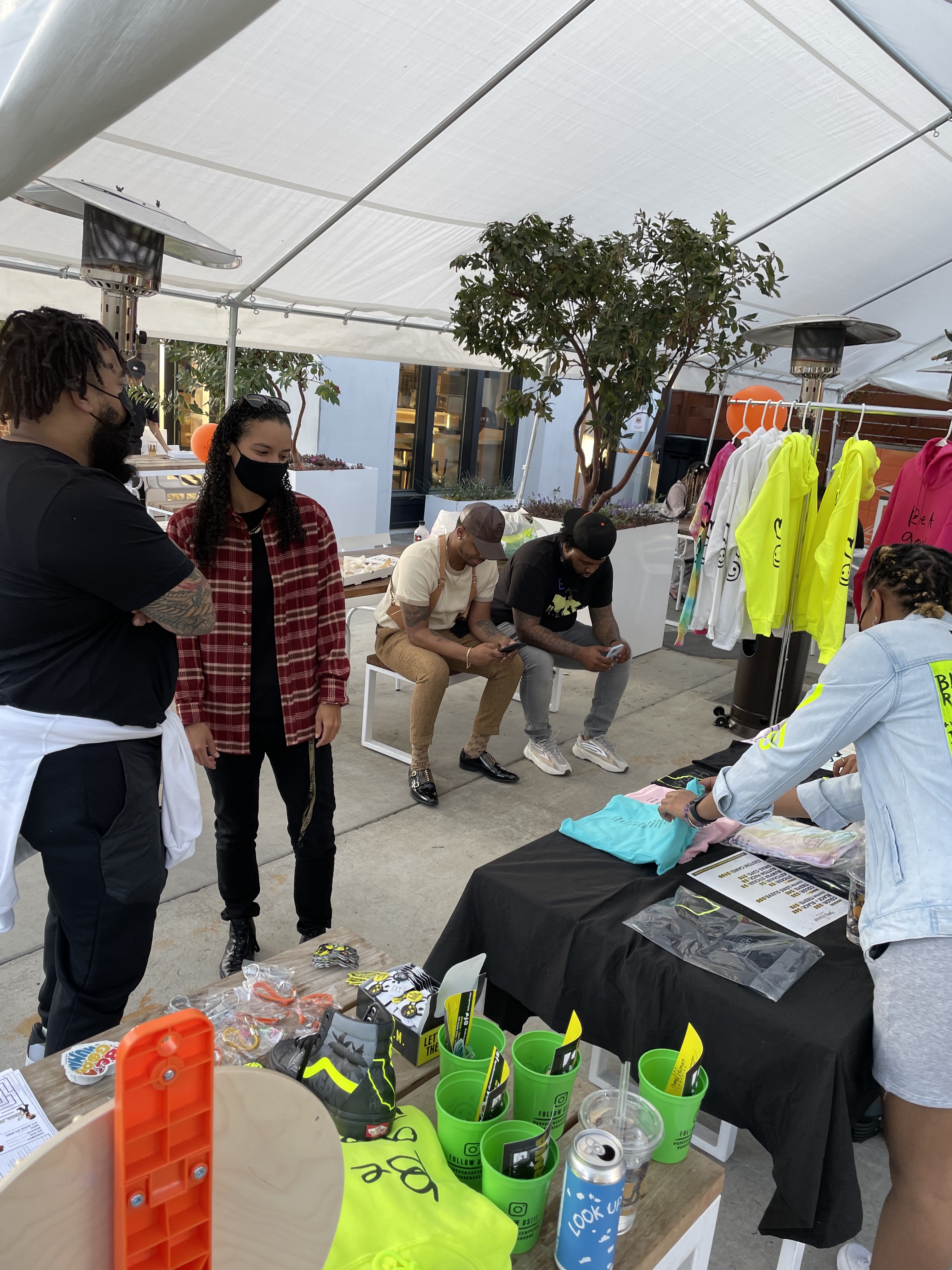 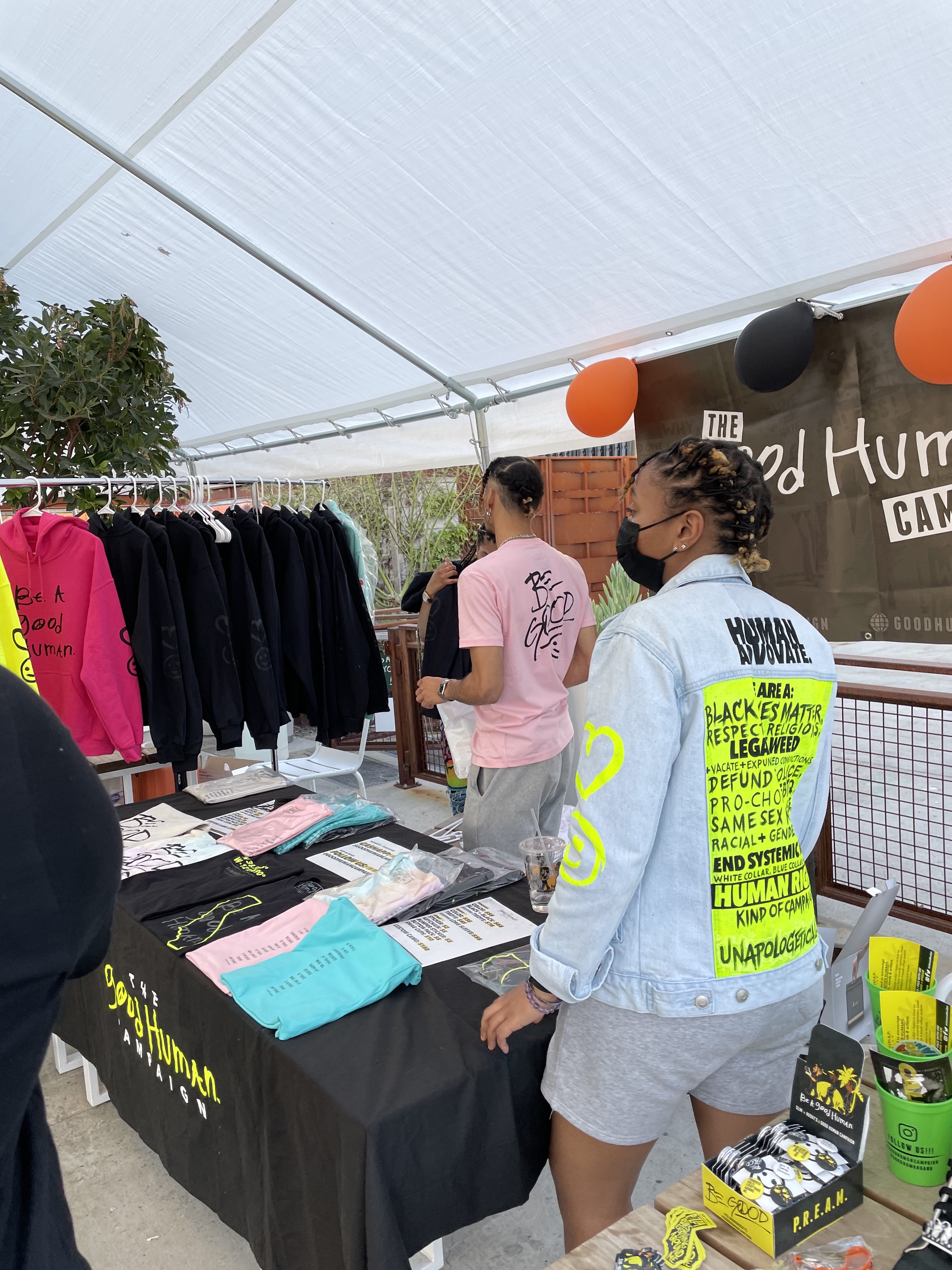 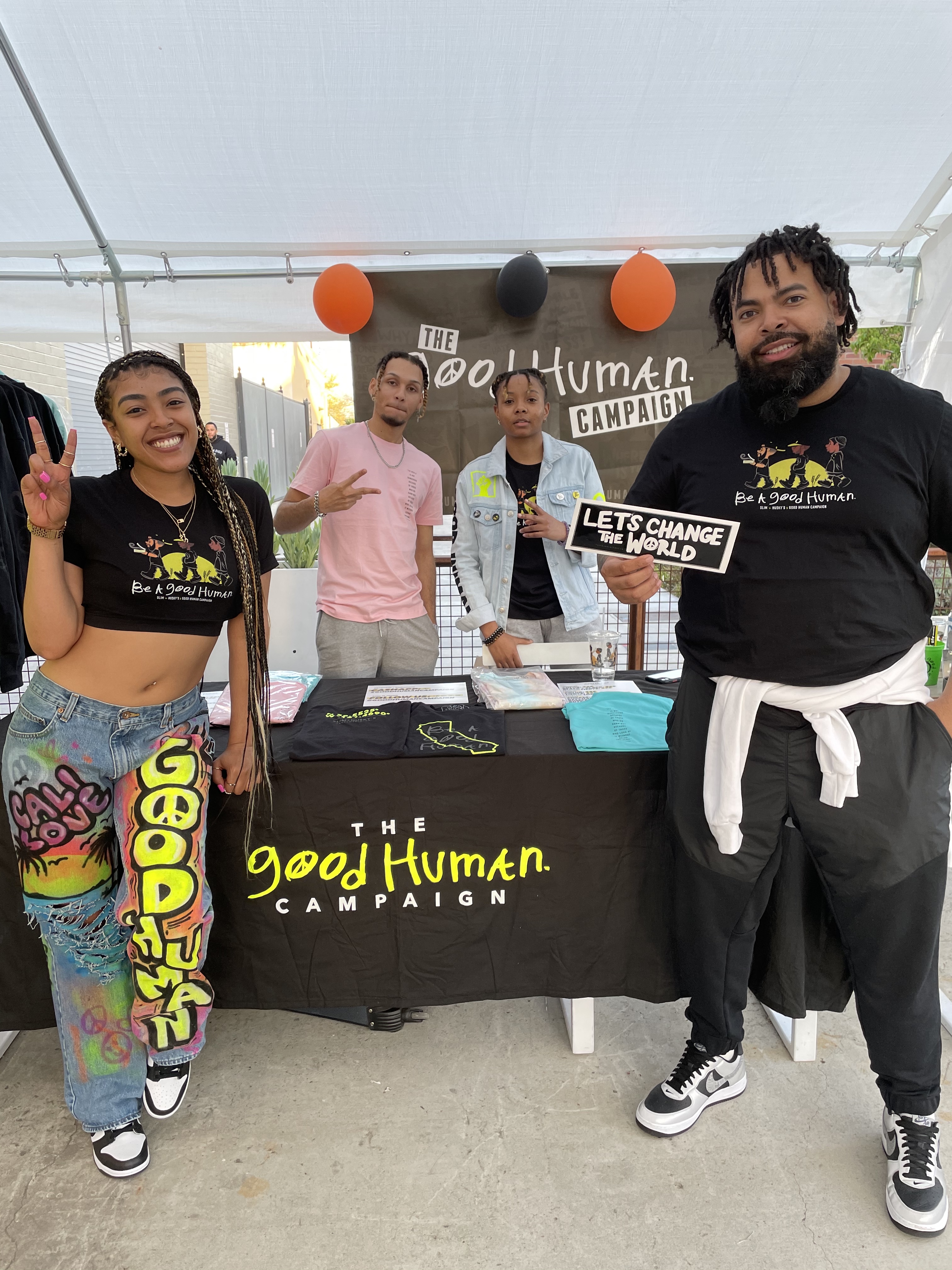 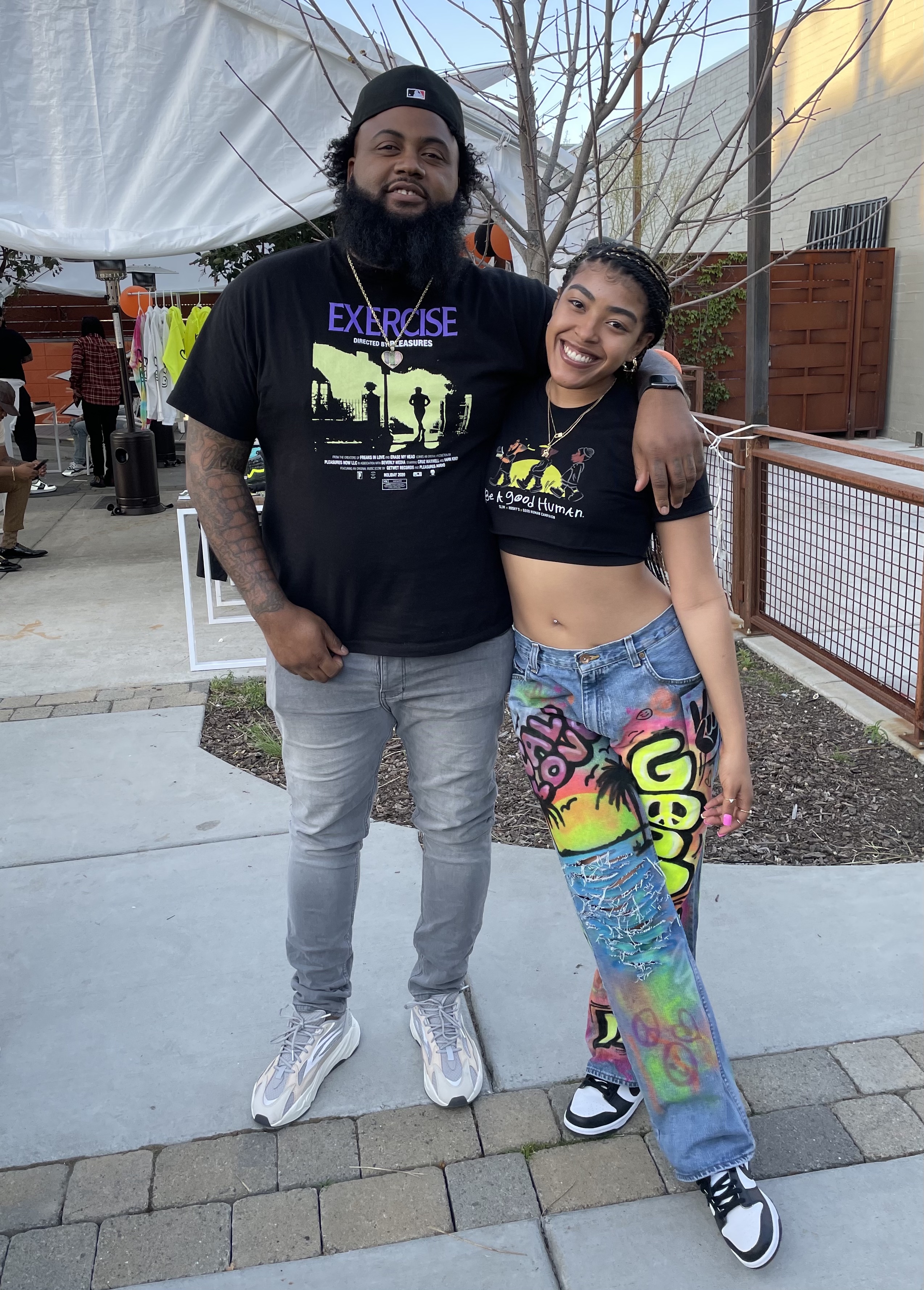 After our PopUp, we joined Clint for dinner and drinks to celebrate and toast to our successful event. We didn't document the giveback with photos to protect the identity of the families Slim + Husky's helped that day. They provided 4 pizzas to 50 families in the Sacramento area. The families came in and picked up their pizzas as we hosted the popup outside. We don't do anything unless a giveback of some sort is attached!!

Sunday, we traveled back to San Francisco to check in our hotel. My mom was devastated to find out her ID was left in Sacramento. After the host continued to tell her she didn't, she was sure it was! We went on to Oakland to attend a friend and long time supporter "Dezz" bday celebration at Lake Merritt while my mom went back to Sacramento to get her belongings once they found them. It was a rough last day for her! We ended the night on a high note in Downtown Oakland.

The next morning, we were off! Back to Atlanta to plan our next popup in MEMPHIS!!! Stay tuned for more details! 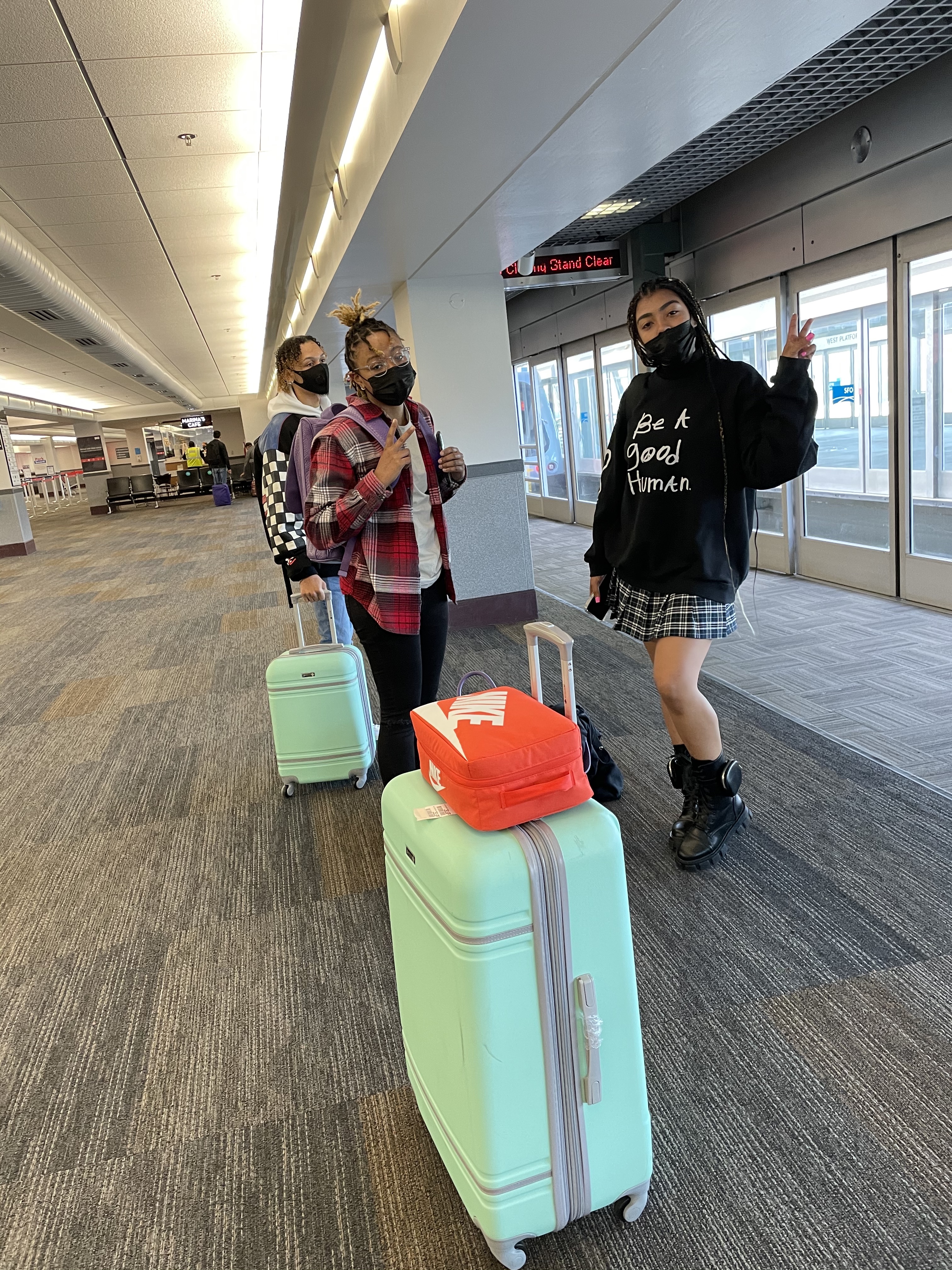 Thank you to everyone that made this possible. We love to be as transparent as possible.... we collected $1425 in donations to help make this possible. The actual expense for this popup was close to $3000. We aren't government funded nor did anyone receive a stimulus check to help fund this trip. Although we made some of the money back, every single penny spent was worth it! We just hope the next one will be a little easier!