A 12-year-old boy who was bullied in school for taking Irish dance lessons is more confident than ever after he met an NFL player who trains in Irish dancing for football.

Carl Tubbs, a 7th-grade student who has been taking Irish dance lessons for four years, met Baltimore Ravens running back Alex Collins on Oct. 22 when the Ravens played an away game against the Minnesota Vikings.

Collins reached out to Carl, who lives in Des Moines, after seeing a tweet from the boy's mom asking for words of encouragement for her son. 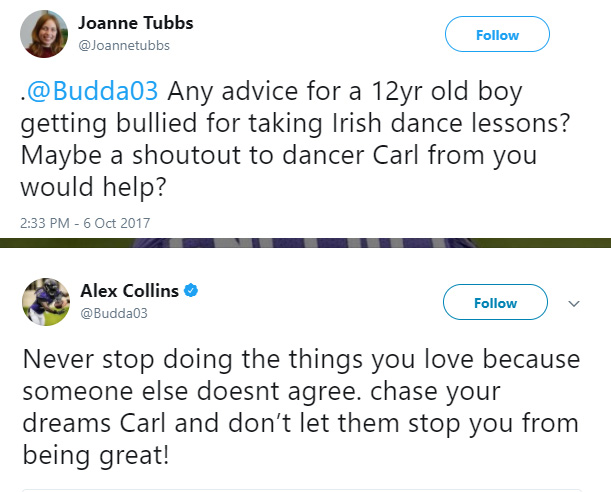 A few days after hearing back from Collins, Joanne saw that the Ravens were playing within driving distance of the family's home, in Minneapolis, on Oct. 22.

She bought tickets to the game and then heard from the Ravens and Collins's agent, who offered Carl a chance to meet his new NFL hero.