Friday May 29, We watched as many cities all over the world were uprising. Police cars and buildings were being damaged and set on fire. Police in riot gear were shooting protesters with rubber bullets and tear gas. Our city was hurt.. the World was hurting. The uprisings were caused by the murder of George Floyd by the knee of a Minnesota Police officer. The world watched as George took his last breath.
We couldn’t take one more minute of watching... posting... talking and tweeting about that’s happening. We had to get involved. Some kind of way.
We woke up Saturday morning, got our cooler and wagon ready... put trash bags and gloves in the car in case we needed to pick up trash and we set out towards the protest.

We quickly ran out of 2 cases and walked 15 min to get more water. One of the wheels broke on the way back.. we had 5 more cases of water!!! THEY WERE HEAVY.

LONGEST WALK EVER!!! Luckily, we met a fellow good human and that made everything soooo much easier!! As we set up on the corner, more people brought us more water and even a box of face masks.

We were only passing out stuff but we were spreading some good energy the best we could.

We left before curfew because it was getting crazy out there.

The following day, we decided to join the protest. We grabbed our ready made signs and went back to the same location. We came prepared with trash bags and gloves in case we wanted to do some community service while we were there.
We walked about 2 miles chanting with the crowd and making sure our voices were heard. After the walk, we stayed and picked up trash. There was A LOT of it. Mainly water bottles. We didn't want them to become weapons later, so we grabbed any that we saw. We ended up filling 7 trash bags full of litter and bottles. 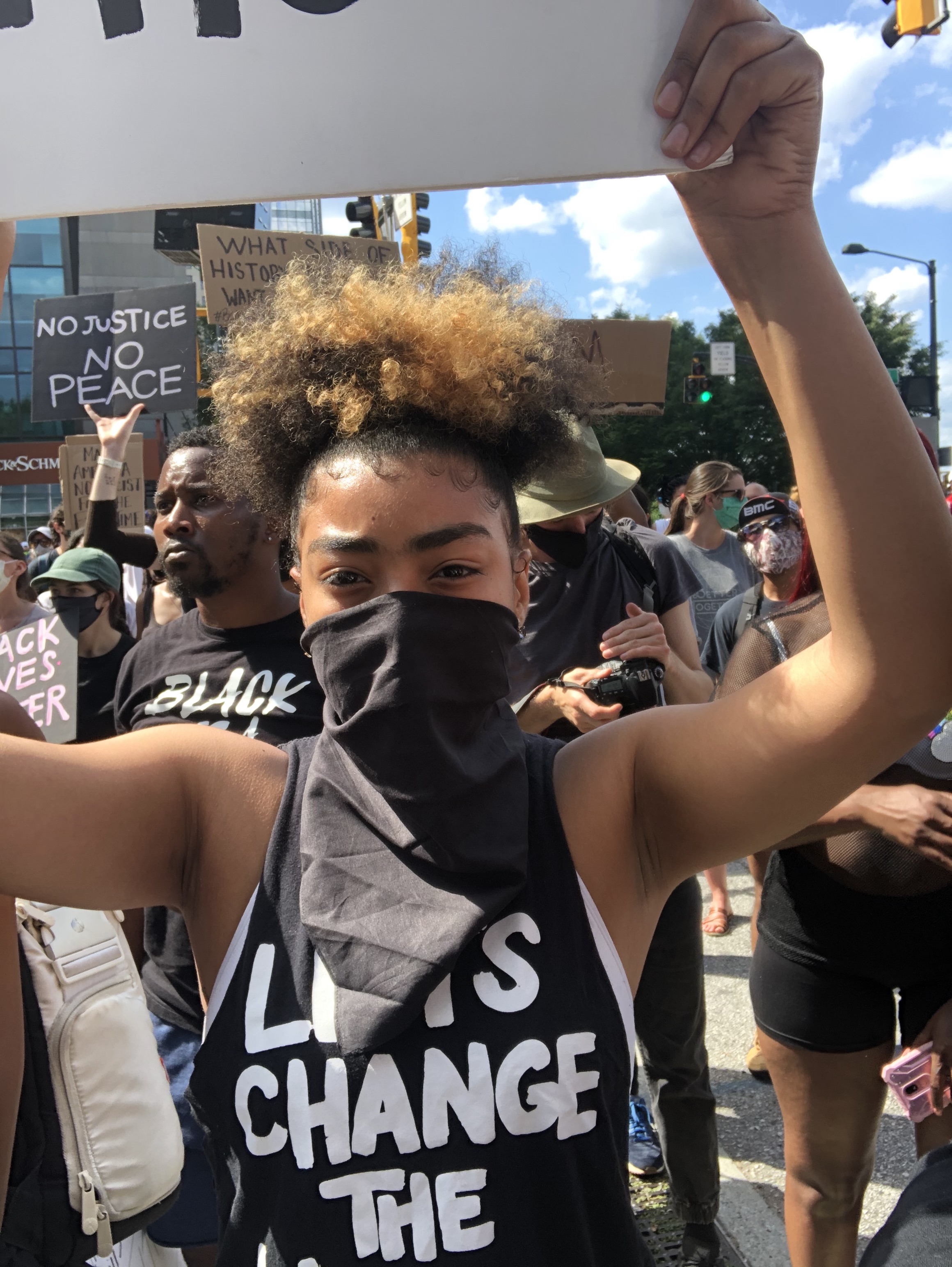 As the sun went down, there was a 9pm curfew set in place. We stayed as long as we could but it got violent and tear gas was everywhere. We tried to run from it,  but ultimately ran to the car to leave driving to the nearest gas station for milk for our eyes.
It was definitely an experience we will never forget.
View this post on Instagram

We created shirts that speak for us when words aren’t spoken. Be A Good Human and LETS CHANGE THE WORLD. This image was spotted by our supporter @bmart_isplash.